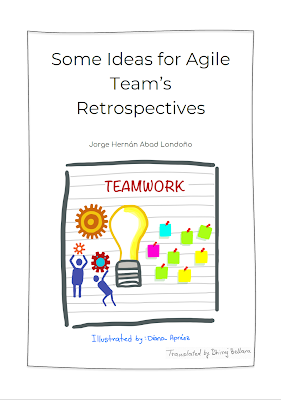 More than two years ago, after sharing a meetup on Retrospectives in Mexico City, I observed that were retrospectives, so useful in Agile frameworks, was not being conducted in a way that would generate the desired impact, which is: ACHIEVING THE IMPROVEMENT OF TEAM PERFORMANCE.

Due to the above, the idea of ​​this minibook entered my backlog of pending to build, and today I am finally sharing it with the Agile community and with all those who want to take their work teams to a mindset of continuous improvement. 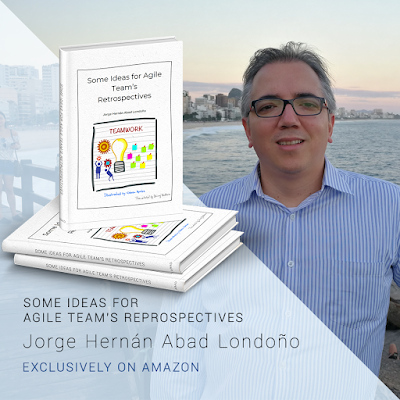 Some Important Notes from the Mini-Book

The illustrations were made by my wife Diana Apráez, the launch flyer was designed by my daughter Mariana, translation by Dhiraj Bellara - @BellaraDhiraj, additionally I asked colleagues and friends of the Latin American Agile Community to collaborate with me with their reviews, prologues, advices and revisions, thanks again: Diana, Nadia, Lucho, Carlos Palacio, Carlos Quiroga, Carlos Serna, Wbeimar, Juan Andrés, Jaime, Augusto, Alma, Roberto, Daniel and Leonardo for all your contributions.

For the English edition, Ben Linders -https://www.benlinders.com/- did me the honor of writing a Foreword.

The main thing that we can learn from agile is that retrospecting is a team activity. It's up to the team to find out, acknowledge, and take action. The retrospective facilitator is there to assist the team, to provide the environment, and foster a culture where people feel safe to speak up. Having said that, facilitating is not an easy thing to do.

Many people still seem to struggle when facilitating retrospectives. Expectations are often high, which makes it even harder. Jorge's book brings together many useful practices and suggestions that can help you to facilitate retrospectives that help teams to become a better version of themselves. Use the book to experiment in your retrospectives, and see what works for you. Don't worry if something goes wrong, remember the Prime Directive and use it to learn from things that didn't work. Occasionally you may want to retrospect your retrospectives too.

Wishing you a wonderful journey of learning and improving!

Thanks a lot Ben for this foreword!

Thanks a lot Dhiraj for the translation!